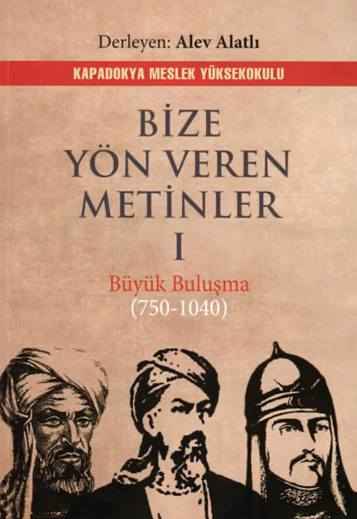 Texts Guiding Us, the second largest project of the Cappadocia Vocational School of Higher Education after Texts Directing the West, has been compiled Alev Alatlı, the founder of our University, and traces the development of the thought adventure that has shaped our world for around 1250 years between 750 and 2001. The milestone texts include printed or non-printed works, edicts, manifestos that make us “We”, and that have guided or changed the direction and form of Islamic civilization after the “Great Meeting”, were selected in agreement with experts in their fields, while some took the form of quotes from already-reproduced works, while others are translations or transliterations.